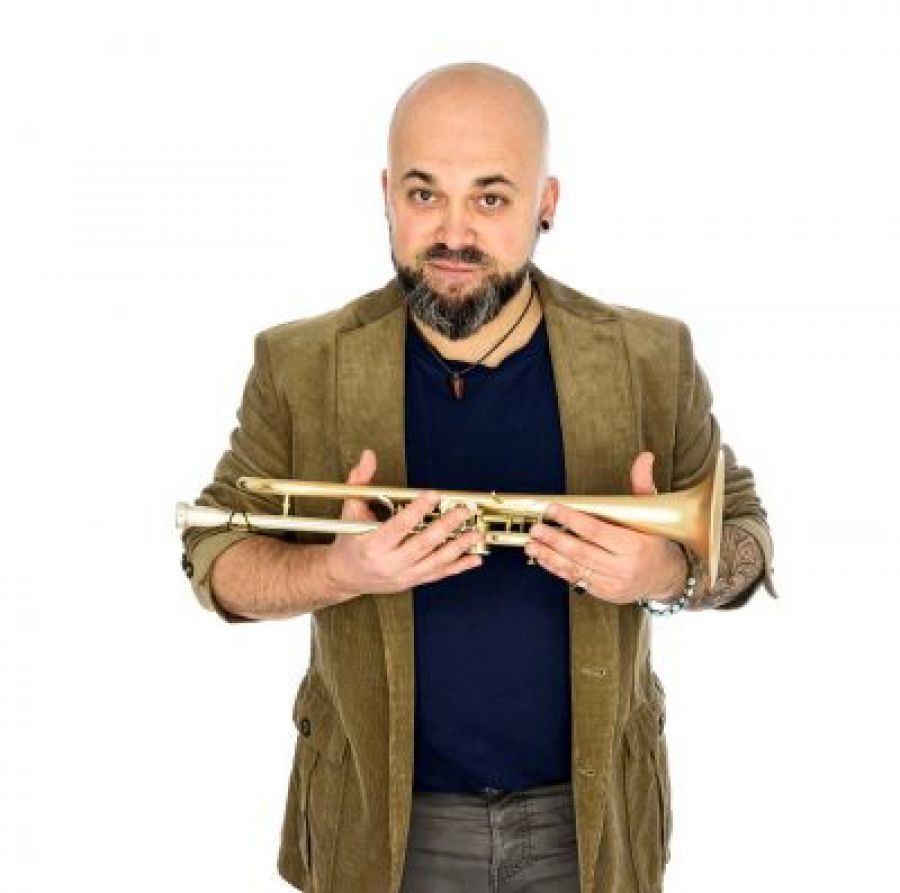 Hello everybody, I’m not used to tell what I have achieved, because I think it more useful to look in front of me; but as many of you still don’t know me, I will try to sum it all up...
I started playing the electric guitar when I was 12 years old, but some years later while trying to play a friend’s trumpet, I understood it was my vocation!
So I gave the guitar up and started studying the trumpet in Vercelli (my adoptive city) and in Asti; finally, I went to the Conservatoire de la Vallée d'Aoste, where I got my diploma with M° Davide Sanson. Always in Aosta I attended the bi-annual course of High Musical and Artistic Education, graduating with a work on contemporary music.
During my education, I attended various masterclasses held by internationally renowned musicians, both in the classical and jazz music areas, and I obtained the European Diploma of Chamber Music at the CFP of  Montegrosso d'Asti.
I won the first prize at the XII° "Flicorno d'Oro" International Competition of Riva del Garda (cat. Eccellenza) with Orchestre d'Harmonie du Val d'Aoste in 2010, with 95.83 marks, the highest evaluation ever assigned in all the previous editions of the competition.

I am co-author of the soundtrack of the film: “Lupo Bianco” (prod. CinemaSet) winner in 2021 of the International Starlight Cinema Award at the 78th Venice International Film Festival and of Acireale's "Garitta" National Cinema Award.


At present, I’m working on various projects and I hope to be able to show something very soon...
Thanks everybody!
﻿ ﻿